In Puck’s bedroom there is a spherical, amber-coloured vase filled with cornflowers. The ‘Tomato’ was designed in 1929 by Willem Rozendaal (1899-1971) for Kristalunie in Maastricht. It is unlikely that the Sonneveld family owned such a vase, but it is also not unthinkable. Almost all the glass items in Sonneveld House came from Glasfrabriek Leerdam, a company that employed architects and artists to design its products. Encouraged by Leerdam’s success, in 1927 Kristalunie also began to work with artists. Architects Eduard Cuypers and Jan de Meijer and designers Edmund Bellefroid, Jan Eisenloeffel and Piet Zwart designed glassware for the firm.

The leading role that Andries Copier played at Leerdam was fulfilled in the 1930s at Kristalunie by Willem Rozendaal. Rozendaal had gained recognition mainly as a graphic artist and had previously worked as a designer of decorations for ceramics at De Sphinx in Maastricht. Rozendaal was appointed by Kristalunie in 1928 to modernise the company’s product range. Between 1928 and 1933 he made numerous designs for mass production including vases and simple tableware. Kristalunie had less idealistic principles than Leerdam and its greatest motivation was commercial success. Rozendaal was therefore more pragmatic in his designs and was not as uncompromising in his forms as Copier. The majority of his designs were simple in form and without decoration. The  ‘Tomato’ vase was blown in an optic mould using amber-coloured glass to imitate the natural form of the tomato. The style is similar to that of Leerdam. Like at Leerdam, Kristalunie’s glass was marketed under the artist’s name through special catalogues also designed by Rozendaal. The company’s products were sold in the better-class shops such as Jungerhans, an upmarket shop on the Coolsingel, which sold glass by both Leerdam and Kristalunie.

Photos and drawings of the 'Tomaat' vase, on the website of Glasmuseum Leerdam 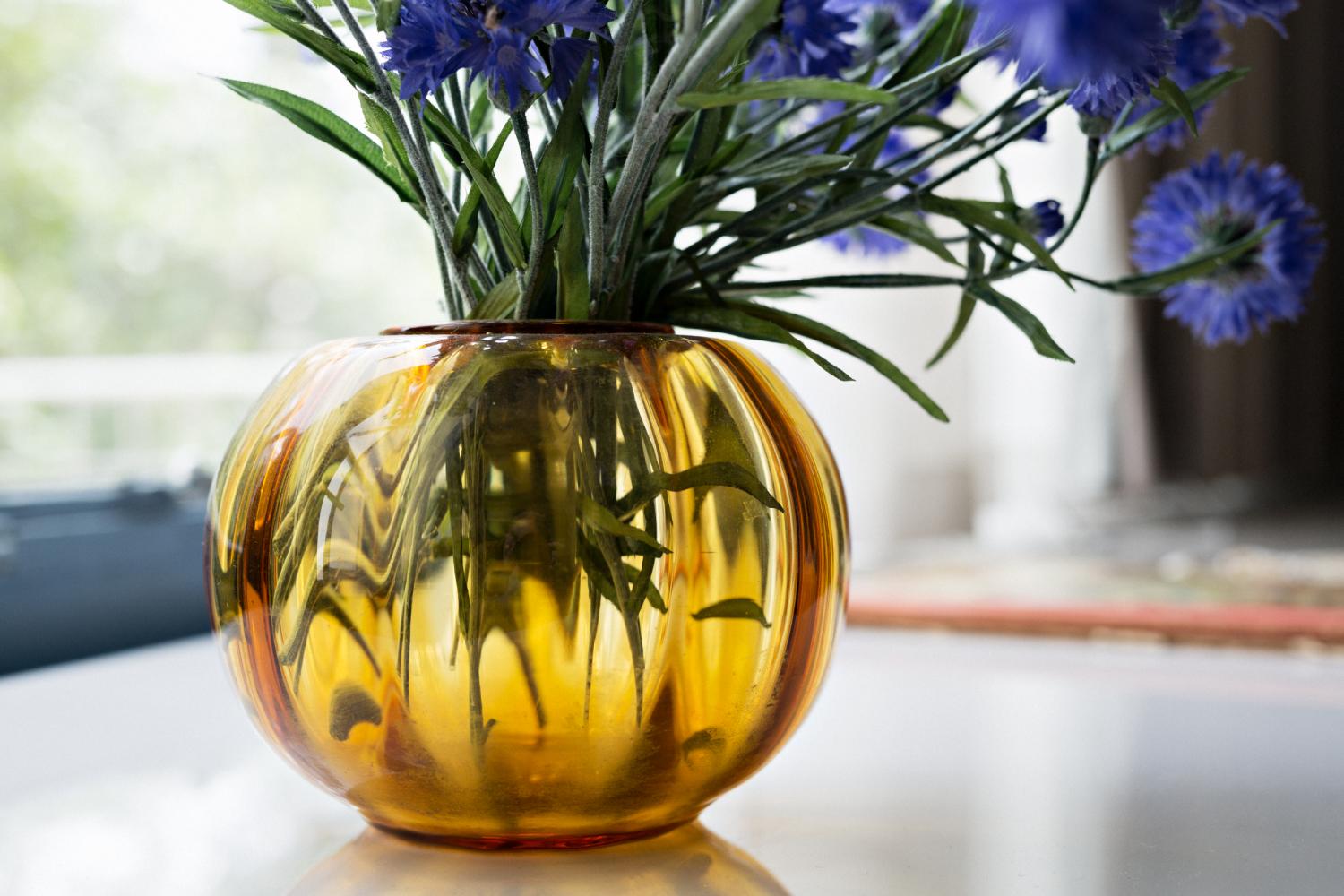