Sonneveld House has no fewer than twelve telephones: two for external calls and ten for internal calls. Because the internal and external systems were completely separate, Mr and Mrs Sonneveld had two telephones in their bedroom: one for internal calls and one for external calls. In the 1930s renting a telephone line was expensive at almost a hundred guilders a year, excluding the price of calls. For the Sonnevelds, however, a telephone was an essential part of modern living. Mr Sonneveld had to be available day and night for his business contacts, including those in America. For this reason, Sonneveld House was connected to the phone system from the very start.

In this period Rotterdam had an automated exchange, allowing customers to make calls within Rotterdam by dialling directly. For calls outside Rotterdam customers had to be connected by a telephonist.

The telephones are among the few products in the interior that show that Sonneveld House was built before the Second World War. The choice of telephone was extremely limited. Rotterdam city council had an exclusive contract with Ericsson, which meant that customers had to buy their equipment from that company. The rather old-fashioned looking telephone on Mr Sonneveld’s desk was made by Ericsson. The much more modern-looking internal installation consists of a black wall model and a black and white table model made by Siemens & Halske. In 1933 these models were the newest of the new.

We bellen! This exhibition at the Museum of Communication shows the changing shape and role of the telephone: from a large piece of apparatus in the hallway that was answered by servants, via a handy slimline model in the living room, to an individual lifestyle object. 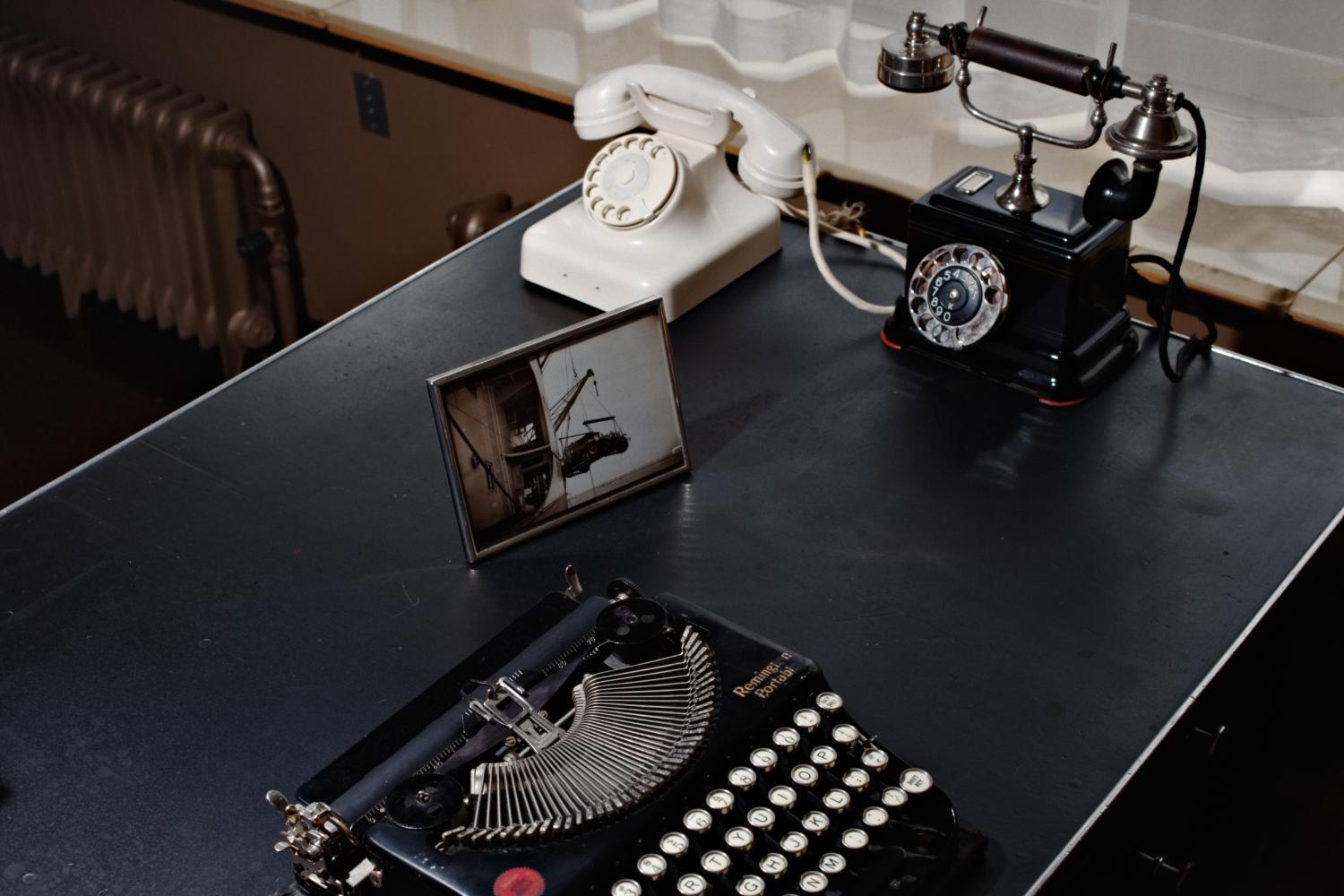