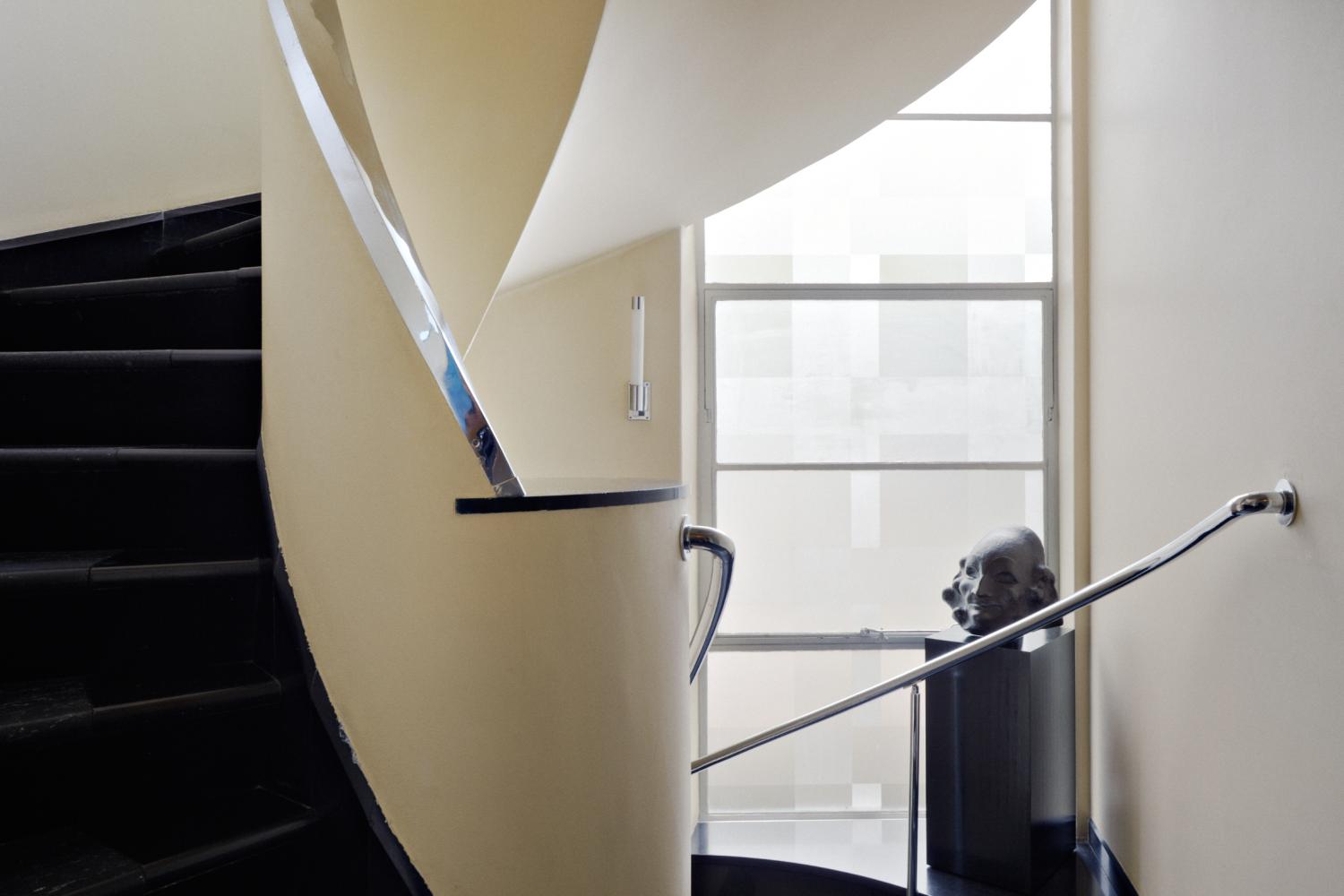 Het Nieuwe Instituut is built on what was once the so-called ‘Land van Hoboken’, a 56-hectare estate of mostly grassland: a green oasis in the middle of the city. The Sonnevelds had their new house built on the edge of this estate on a piece of land earmarked for a villa park. The peaceful, rural atmosphere provided the idea location for a villa. The Heemraadssingel, where the Sonnevelds lived before moving to the Jongkindstraat, was in a chic neighbourhood inhabited by doctors, lawyers, businessmen and company directors. But at the end of the 1920s it was even more chic to live in a rural setting.

From the seventeenth century until 1924 the Land van Hoboken was the property of the Van Hoboken family. The estate – as large as 112 football pitches – was bounded by the Nieuwe Binnenweg, the Westersingel, the Westzeedijk and the Coolhaven. The family home, Villa Dijkzigt (now the Natuurhistorisch Museum) still stands on the Westzeedijk. The city purchased the estate for four million guilders following the death of the shipping magnate Van Hoboken in 1924.

In 1927 the chief city architect Willem Gerrit Witteveen (1891-1979) made a plan for the estate with a central park surrounded by housing, offices and museums. Within this plan, architect Leendert van der Vlugt designed the Dijkzigt villa park, which includes Sonneveld House. With its Functionalist houses with white stuccoed facades, steel window frames and large balconies, Dijkzigt was the most modern group of villas in Rotterdam. The small villa park was initiated by the city council in an attempt to stop wealthy citizens moving to rural areas in the vicinity of Wassenaar and The Hague.