Like her sister Puck, Gé also chose the colour of her own bedroom: she chose yellow. Gé (short for Gesine), the youngest daughter, was born on 16 December 1920 and was thirteen when the family moved to Sonneveld House. Like her sister, she attended the Lyceum in Rotterdam, where she was a good student. Friends from this period recall how Gé’s mother sometimes collected her from school in her car; she was the only woman in Rotterdam with her own car. Following secondary school, Gé studied law at Leiden and got her master’s degree in 1943 in the middle of the Second World War. She married a businessman, Leendert Kooy, and in 1948 the couple had a son called Leonard. The child was only a year old when his father died. Gé took on a fulltime job and little ‘Leo’ spent much of his childhood with his grandparents at Sonneveld House. 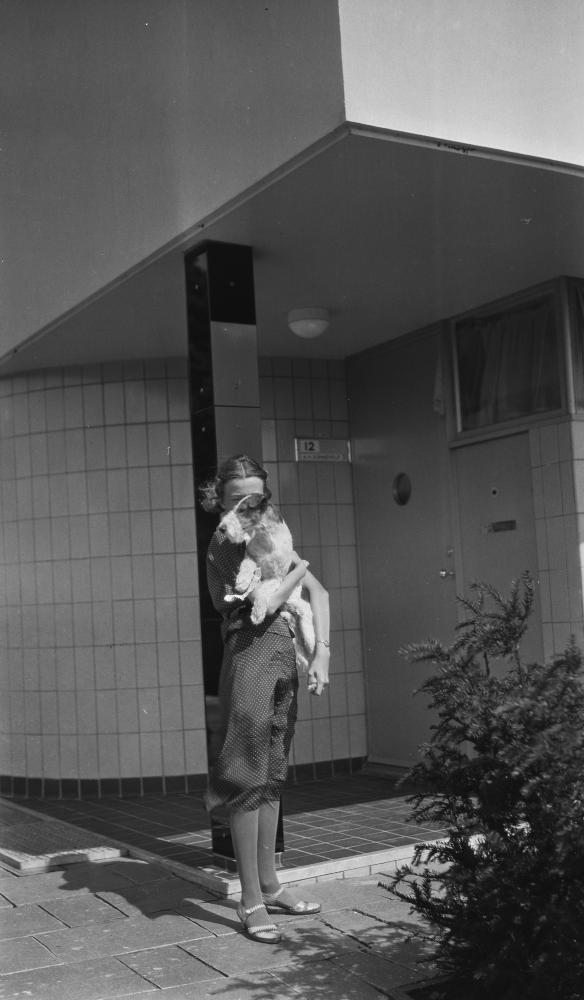