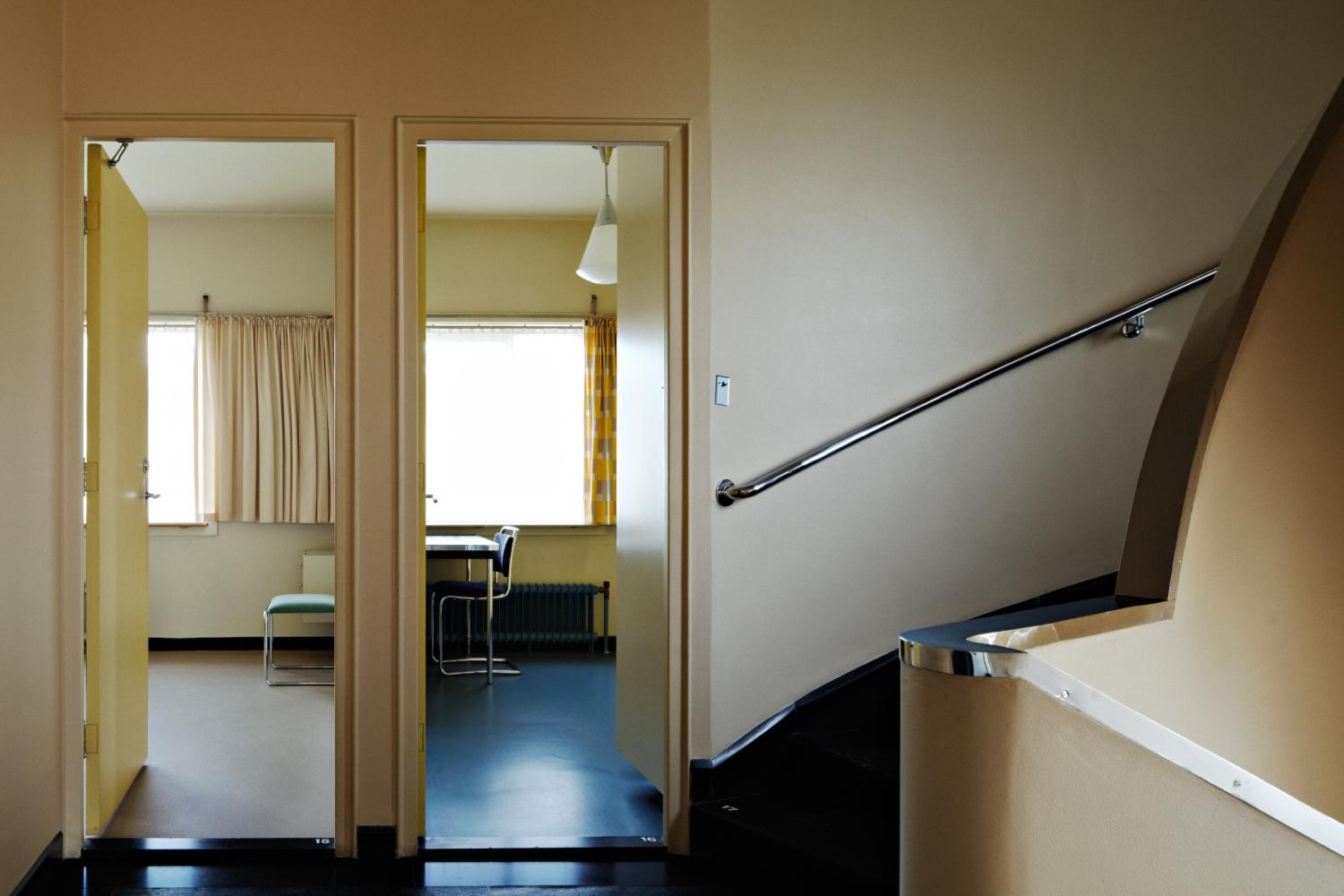 When they were not entertaining, the Sonneveld family used a relatively simple dining service, of which only a few plates and bowls have survived. They are made from cream-coloured porcelain with minimal decoration consisting of two lines at the rim: a thin black line and a slightly wider silver line. Apart from the material and the silver edge, which gives the service a chic appearance, the design is simple and restrained.

The service was made by Pirkenhammer, a now-defunct factory in Bohemia (now Czech Republic) that had produced porcelain tableware since 1802. In general the company produced richly decorated tableware in then-popular historical styles and was, at the end of the nineteenth century, one of the best producers of porcelain. It rivalled the best French manufacturers, supplying its products to international high society. In 1918 the company was bought by the Erste Böhmische Porzellan Industrie AG, after which it produced less profusely decorated ceramics that were better suited to modernist tastes.

In addition to the factory mark, several of the plates have a second mark: that of Jungerhans, the well-known Rotterdam-based purveyor of household items, glass, cooking utensils and ceramics, where the service was purchased. The service was possibly available from Jungerhans for many years prior to 1933. It is not clear whether the Sonneveld family purchased the service for the new villa or whether they had used it at their old house.

Article that explores the fascinating question: did Pirkenhammer make china for the Titanic?