The table in the dining room is covered with the Fishes tablecloth, a design by Chris Lebeau (1878-1945) for Linnenfabrieken E.J.F. van Dissel & Zonen. Between 1904 and 1939 Lebeau made more than fifty designs for linen damask, more than any other Dutch designer. Uniquely, he made separate designs for the tablecloth, placemat and napkin by producing different combinations of the basic decorative motif for each piece. Many of his motifs are borrowed from nature. During the thirty years that Lebeau worked for Van Dissel his designs became increasingly abstract. Some of his designs remained in production until 1971.

Around 1900 new ideas about design were rarely applied to industrially manufactured textiles in the Netherlands. In England, Germany, France and Austria there was already a certain tradition in this area, with theorists and designers such as John Ruskin (1819-1900), William Morris (1834-1896) and Gottfried Semper (1802-1879) who pleaded for a revaluation of traditional craftsmanship. In the Netherlands Chris Lebeau was one of very few artists who worked in partnership with textile factories. From 1904 he worked intensively with Van Dissel & Zonen in Eindhoven. Prior to their partnership, the company produced household textiles with simple stripes and checks.

Lebeau’s designs were highly regarded at the time and were referred to as ‘triumphs of decoration’. His table linen was a must for every modern, well-healed woman. The Sonneveld family owned at least three of his tablecloths with matching napkins: one for each meal of the day. In the Fishes tablecloth, abstracted animal and fish motifs are combined into a repeat pattern that shows the influence of Art Deco. It is not unlikely that the family acquired this table linen before moving to Sonneveld House. 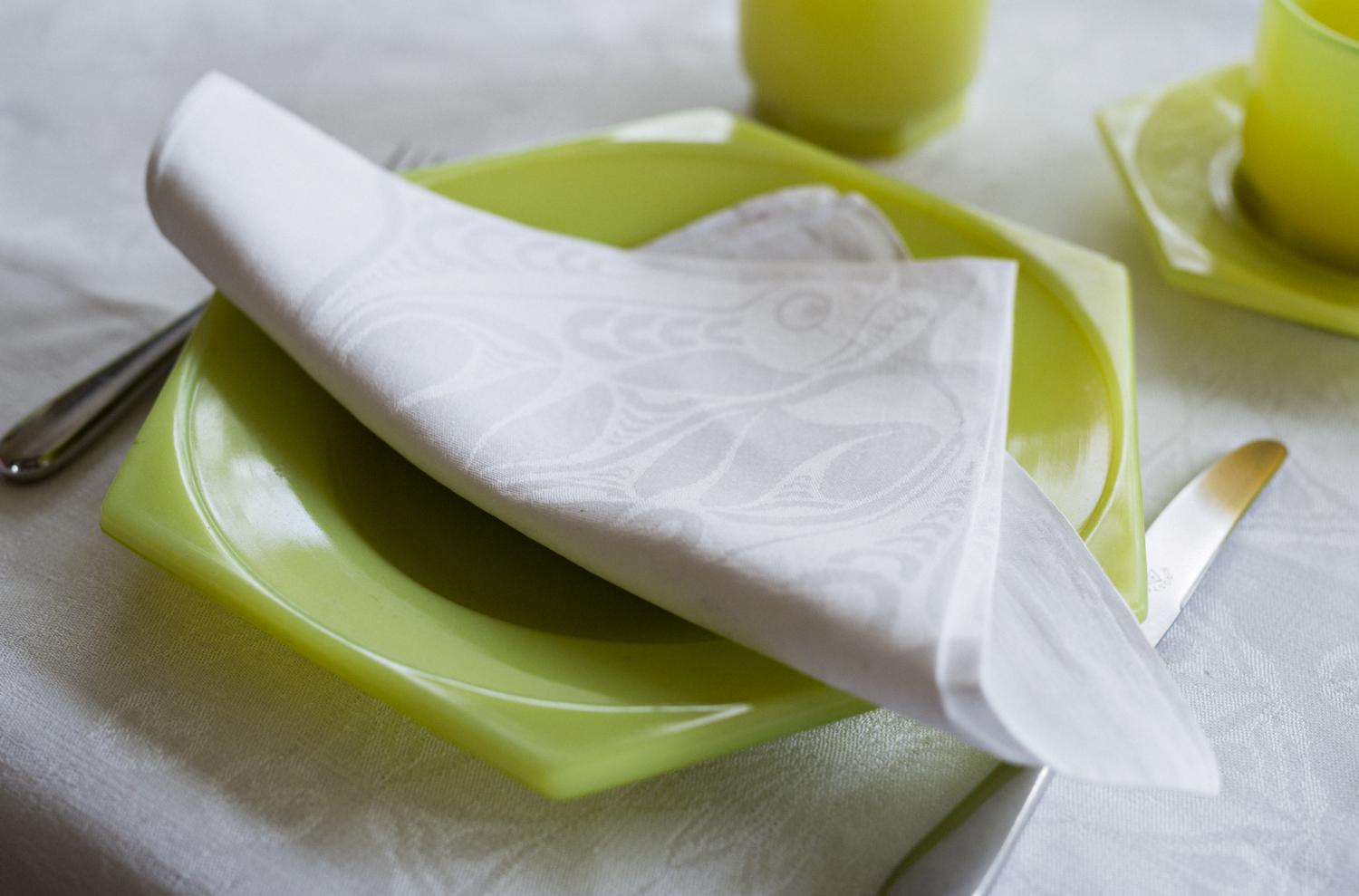