When Gesine Sonneveld-Bos moved to this house in 1933 she was 47 years old, she had two daughters and, thanks to her husband’s successful career, she had climbed high up the social ladder. She spent her days raising her children, managing the household and reading. She also received guests, such as a friend who regularly came for afternoon tea. In the living room there was always a tea trolley at the ready for such visits.

The trolley was designed by W.H. Gispen. However, a drawing of the interior by architects Brinkman & Van der Vlugt from 1932 shows that they originally intended the family to have the B54 tea trolley designed Marcel Breuer in 1928 for Thonet. Apparently in 1933 this was changed to the Gispen model, which may have been made specially for the Sonneveld family. This model was not included in Gispen’s catalogue until 1933 and the company had not previously produced another model. The trolley was reconstructed in 2000 from photographs for the re-opening of Sonneveld House. 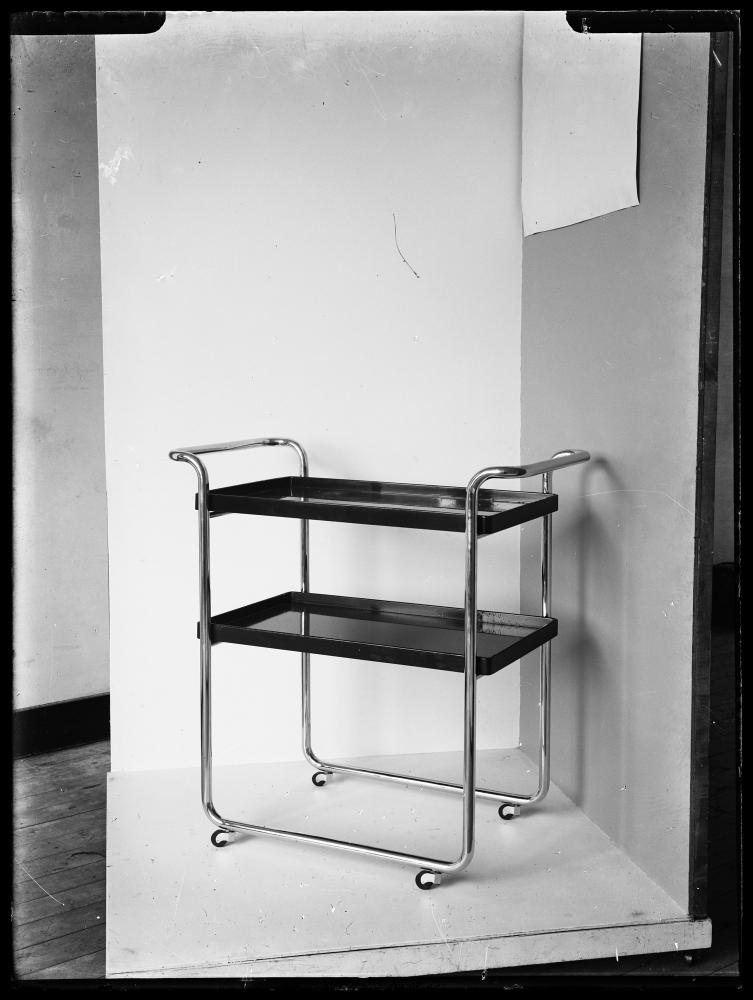