A small portrait of a woman hangs against the side of the bookcase next to Mr Sonneveld’s desk. It is not certain who the painter was. The Sonnevelds’ heirs think it might be by Jozef Israëls (1824-1911), one of the leading painters of the Hague School, but this assumption has not yet been confirmed. Following Mrs Sonneveld’s death in 1972 all the paintings in her estate were auctioned. Only this portrait was bequeathed to her grandson Leonard Kooy, who has given it on long-term loan to Het Nieuwe Instituut.

It is entirely possible that the family owned a work by Israëls since they had works by other painters of the Hague School. Jozef Israëls, who came from a Jewish family, worked in the latter half of the nineteenth century, first in a classical style and then in a late Romantic style. He was internationally renowned for his sober depictions of the hard working life of fishermen. Israël’s impasto, his colours and use of light and shade earned him comparisons with Rembrandt. His works were popular with private collectors during his own lifetime and into the first quarter of the twentieth century.

Above the hearth in this room hung a late Romantic interior with a cat and dog by the Dutch painter Jean Felix Rousseau (1807-18??).

Jozef Israëls (attributed to), Portrait of a Woman, Collection Het Nieuwe Instituut, on loan from BIHS 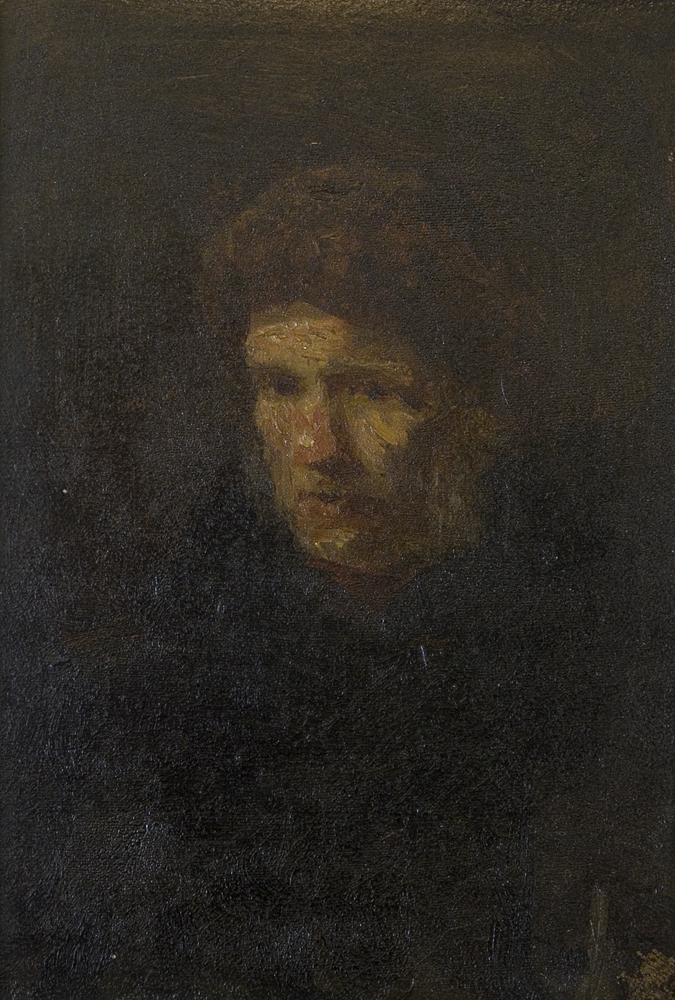