Gispen supplied the majority of the furniture for Sonneveld House. However, the sketches of the interior from October 1932 show numerous items by the German-Austrian furniture manufacturer Thonet. The majority were replaced in 1933 by Gispen models, but this small desk for Mrs Sonneveld is indeed by Thonet. According to Brinkman & Van der Vlugt’s expense accounts, it was ordered directly from Thonet.

The desk was designed by the architect Bruno Weil, artistic director of the Paris branch of Thonet. It was inspired by the revolutionary tubular steel furniture that Marcel Breuer designed for the company. In the 1930s Weil made numerous designs for Thonet that combined artistry with technological innovation. The small desk is the epitome of simplicity and elegance. The wooden elements seem to float within the metal frame.

The example in the living room is the original desk used by Mrs Sonneveld. It was kept within the family and returned to its original place in 2001. Her yellow upholstered Gispen chair is accompanied by the footstool designed specially for her by Gispen. Why the family did not order a Gispen desk is a mystery. Mr Sonneveld sat only a few metres away at a Gispen desk and the daughters also had desks by Gispen. It is most likely that Mrs Sonneveld had simply set her heart on this beautiful desk. 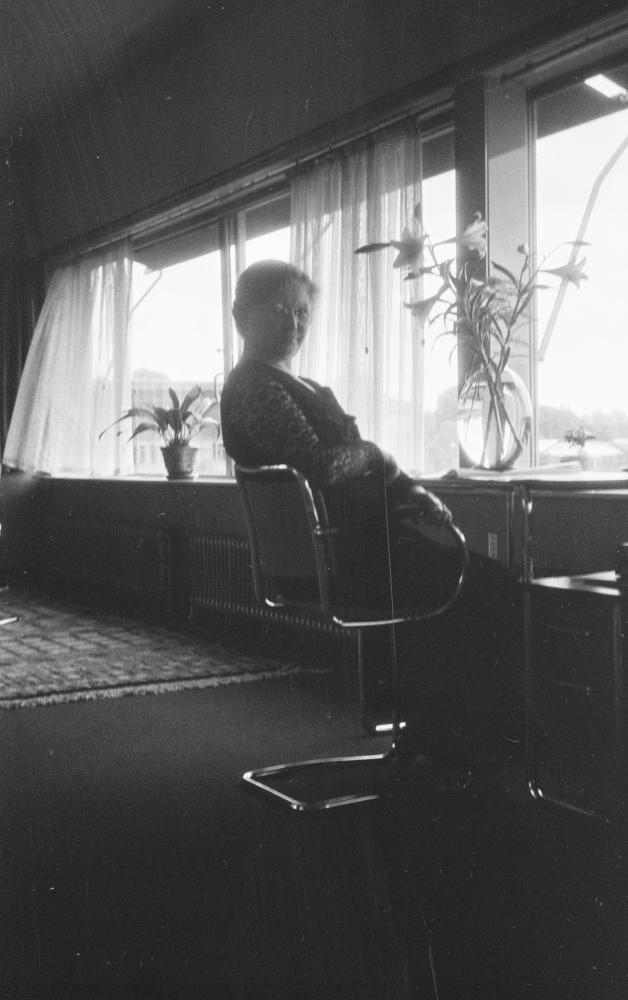