Various photographs taken shortly after the completion of the house show the interior enlivened with numerous vases filled with flowers. Almost without exception these vases came from Glasfabriek Leerdam. In the mid-1930s the company advertised that it had a special vase for every flower.

On Mrs Sonneveld’s desk there was originally a tall oval vase by Andries Copier, the head designer at Leerdam. However, to establish a connection with the damask tablecloth in the dining room and to show the diversity of Leerdam’s range, a vase by Chris Lebeau has been placed here instead.

Chris Lebeau is known as a painter, poster artist and designer of decorative motifs for table linen for Van Dissel in Eindhoven. Between 1924 and 1935 he designed thirty vases for Leerdam. In his book Glas & Kristal (1927), Karel Wasch, the general secretary of Leerdam, wrote about Lebeau: ‘In his work one is struck instantly by its utterly unusual quality. It is as if he has consciously striven to create something that deviates completely from the achievements of his immediate forebears, but in no sense spurning eccentricity. He has produced a series of objects that at first sight remind one of a scientific laboratory but in which one eventually recognises vases for specific flowers or sprigs. These contrast with vessels, beauteous of line, developed from natural forms with a powerful hand.’

One such vessel is the so-called ‘Gourd’ vase, which is now on Mr Sonneveld’s desk. It has the form of a gourd and the narrow neck evokes the attachment to the stalk. For several of his vases Lebeau designed a special pedestal, tailored to their specific forms. This vase did not have a pedestal and was available in purple, amber and green. It is filled with lilies, as depicted in the original photographs. 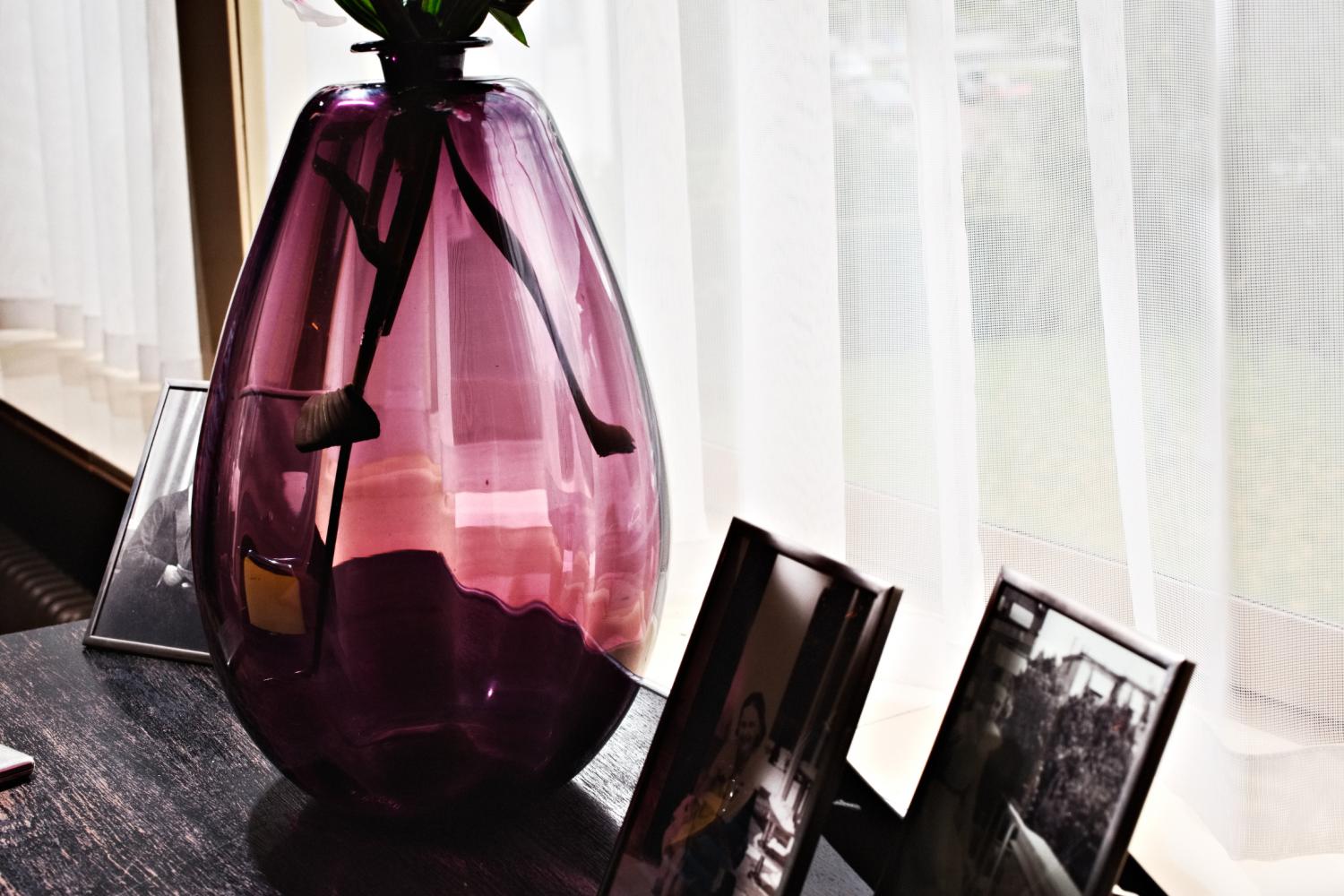