The Sonnevelds owned two sculptures by John Rädecker (1885-1956). This artist, best known for his work on the National Monument in the Dam Square in Amsterdam, was one of the leading sculptors in the Netherlands in the interwar years. The Sonneveld family owned a sculpture of a lion from 1925 and a mask from 1924, which, according to the family, is a portrait study of the eldest daughter Puck. The lion stood on a pedestal designed specially by Brinkman & Van der Vlugt next to the piano in the living room; the mask was in the staircase.

In the 1920s and 1930s Rädecker was one of the few world-class Dutch sculptors. His work was represented is nearly all the major Dutch museums and private collections. His earliest work exhibits a range of influences, including Art Nouveau, non-European art and Cubism. While living in Paris from 1911 to 1914 he made abstract works. After the First World War he earned an international reputation as an influential Expressionist sculptor with a highly personal fusion of stylistic influences. In the early 1920s he made animal figures, similar to the Sonnevelds’ lion, for the renowned collector Helene Kröller-Müller.

During the restoration of the house, Rädecker’s lion was traced to one of the grandsons of the Sonnevelds. By making a cast of the original, it was possible to make a replica.

In memoriam John Rädecker. Television news item of 12 January 1956 with footage of the construction of the National Monument on the Dam Square. Raedecker died shortly before the monument was completed. 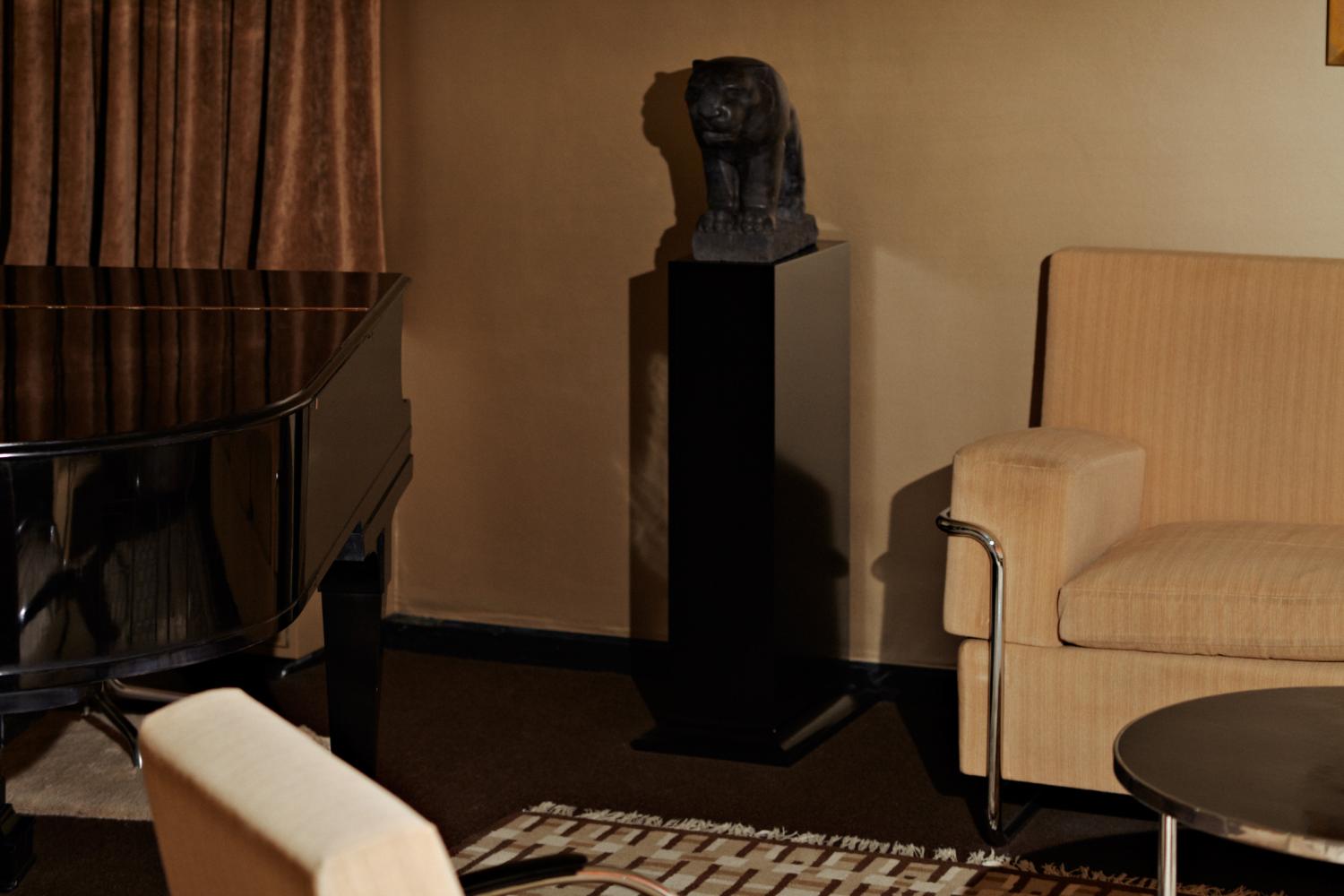