Mr and Mrs Sonneveld’s bathroom was the height of modernist luxury in the 1930s. In a period when many houses still had no shower, this bathroom with two washbasins, a shower cabin and a bath (and a heated towel rack) was exceptional. Mr Sonneveld discovered the hydro-massage shower in luxury hotels in America, which he first visited at the age of twenty-four. He had the large shower head and the nine smaller nozzles sent over specially from America. 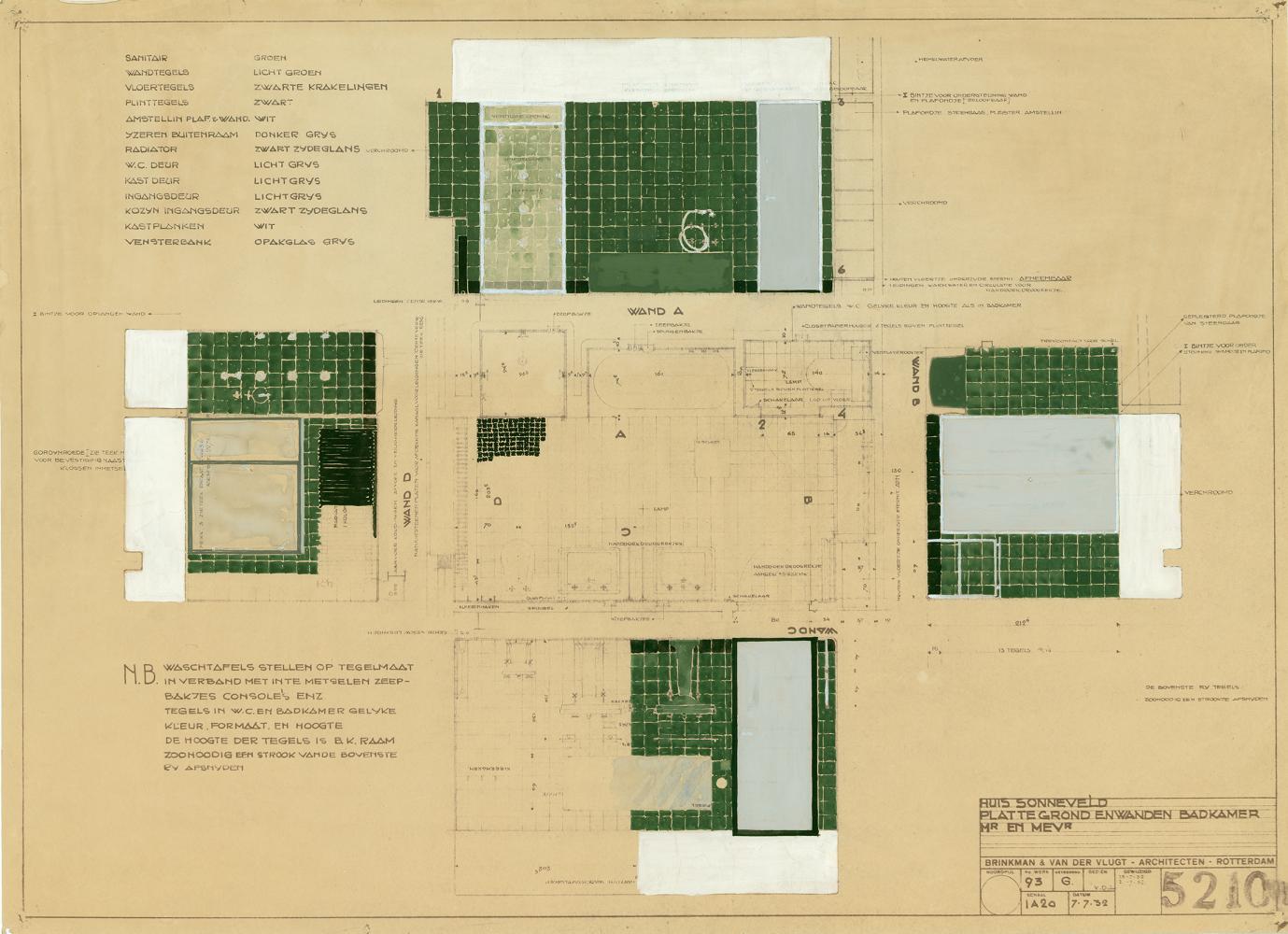