It was an extraordinary luxury for servants to have their own room in a period in which many homes did not even have a bathroom. Despite the opulence of the villas built for the directors of the Van Nelle factory, Functionalism was a socially engaged architectural movement with an interest in social housing and improving living conditions for the working classes. The motto ‘air, light and space’ was intended to liberate workers from their cramped houses and to offer them a healthier living environment.

The Housing Act of 1901 was the Dutch government’s first piece of legislation aimed at improving housing conditions. It was revolutionary in a time dominated by liberal principles. It called for the demolition of poor housing stock and the use of municipal funds to build good housing. The residents were also educated: a superintendent visited each week to collect the rent and carry out repairs but also to teach residents how to treat their houses. Nonetheless, many workers lived in substandard housing with poor sanitation. In addition to government interventions, architects also sought ways of improving workers’ housing.

However, few social housing projects were built in the Functionalist style. According to the modernists, the majority of housing commissions were granted to followers of the Amsterdam School. An exception is the Bergpolderflat in Rotterdam, built in 1934 to a design by Van Tijen, Brinkman and Van der Vlugt.

Short film about the Bergpolderflat from the exhibition ‘Disputed City’ (Netherlands Architecture Institute). Ultimately the apartment building proved to be too expensive for the target group: the workers.

Episode of Andere Tijden (Other Times): Hundred Years of the Housing Act (from 12:55). At the beginning of the twentieth century many Dutch workers lived in pitiable conditions. The revolutionary Housing Act was intended to put an end to such misery. 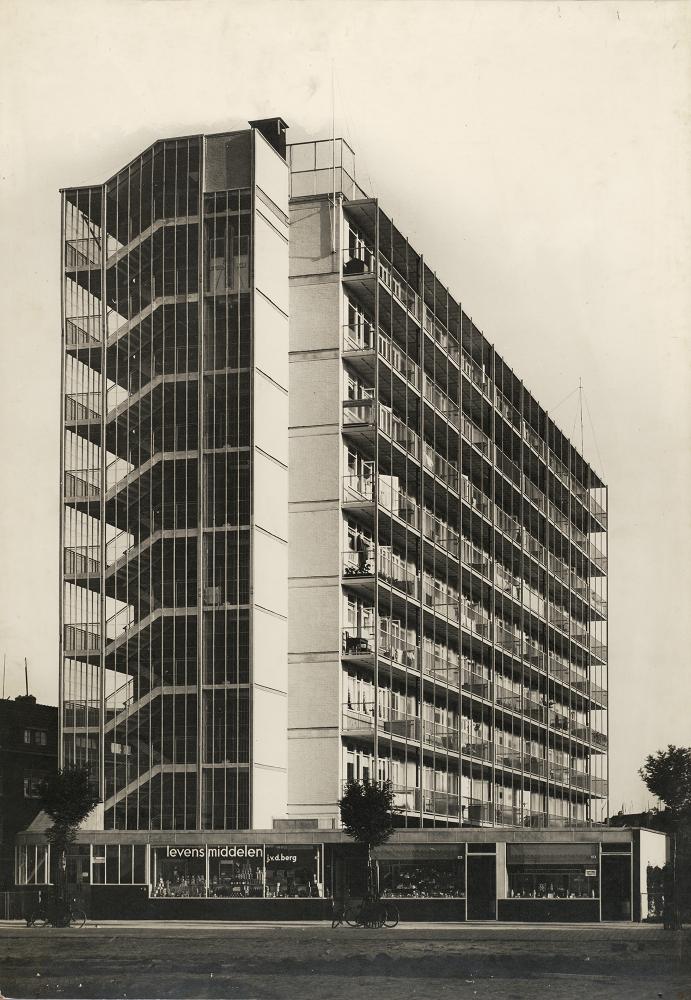