Around 1900 the American engineer Frederick Winslow Taylor (1856-1915) used time and motion studies to analyse factory production processes in an attempt to improve productivity through ‘scientific management’. Christine Frederick (1883-1970) was the first to apply his ideas about efficiency to the home. In her book The New Houskeeping (1913), published in the Netherlands in 1928 under the title De denkende huisvrouw (The Conscientious Housewife), she analysed everyday household chores, organised them within systems and work schedules, and sought methods of carrying them out as quickly and efficiently as possible. The book included examples of machines, such as vacuum cleaners, that could significantly improve the lives of housewives.

These ‘labour-saving devices’ included the electric coffee grinder. Made from cast iron, it was an absolute novelty at the time. In the mid-1930s electrical devices were expensive and many homes were still not supplied with electricity. It was not until 1957 that Douwe Egberts produced the first electric coffee grinder aimed at the mass market. Until well into the 1950s most Dutch households continued to grind their coffee beans by hand.

Ejercicios de eficiencia (Exercises in Efficiency), a series of nine videos with staged re-enactments of women performing tasks in the kitchen with subtitles taken from Christine Frederick’s book The New Housekeeping 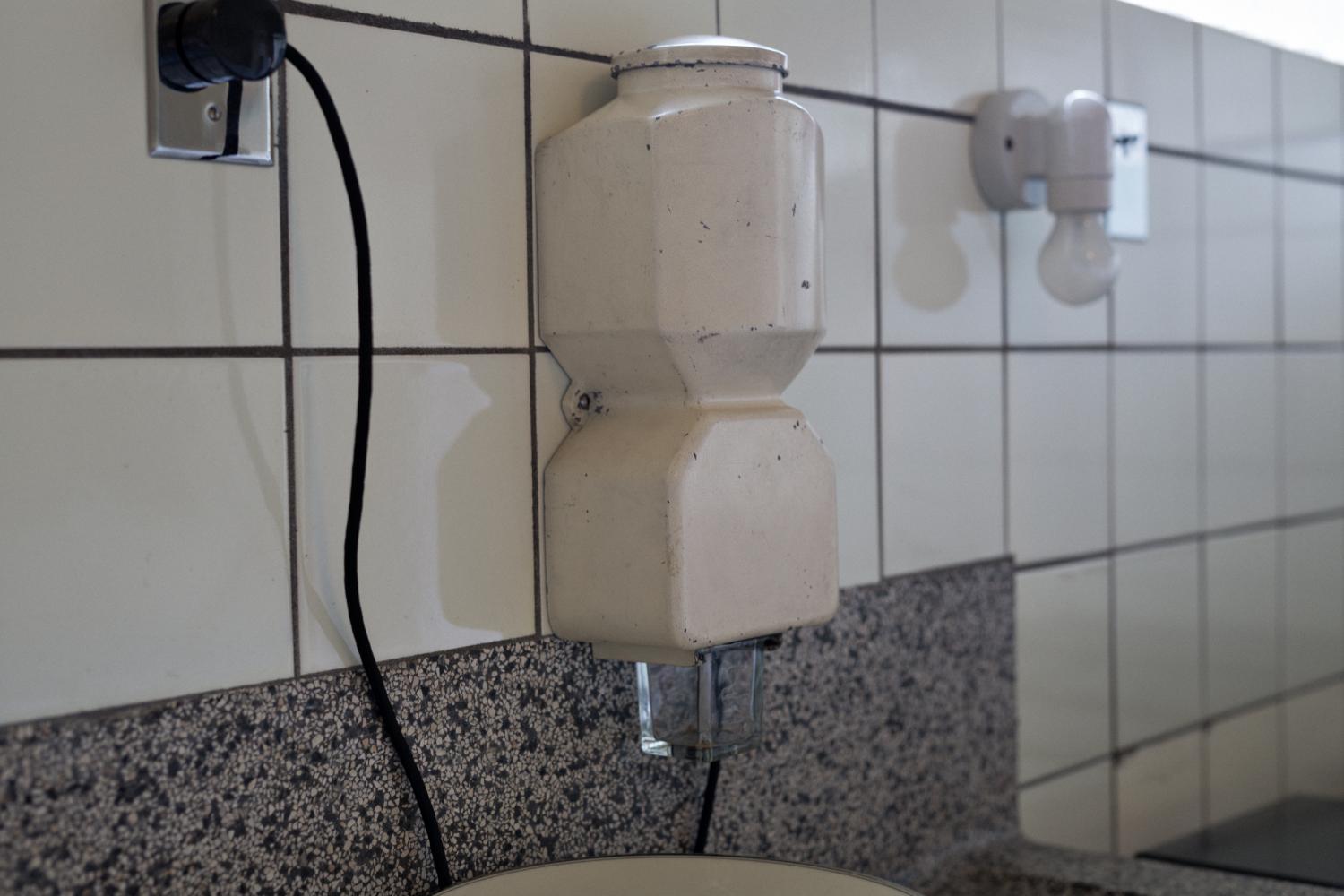