The kitchen in Sonneveld House was fitted with all mod cons. Only the cooker itself was a little ‘old-fashioned’. It is notable that the family did not opt for an electric stove, which many books of the period advised. Mrs Sonneveld had a practical approach and opted for gas, which was quicker and cheaper. ‘Those enthusiastic housewives who own and value a Dordrecht gas stove assure us it is a wonderful asset.’

Electric stoves were popular among a small group of wealthier women. It is likely that there were long discussions in the Sonneveld household about the pros and cons of a gas stove versus the modernist ideal of an electric stove, which was cleaner and more hygienic. We cannot know how the discussions went but the fact is a relatively archaic gas stove was installed in the kitchen. Electrical appliances were expensive at the time, but the most likely reason for the choice is that the Mrs Sonneveld suspected that the maids would not be able to work with an electric stove. 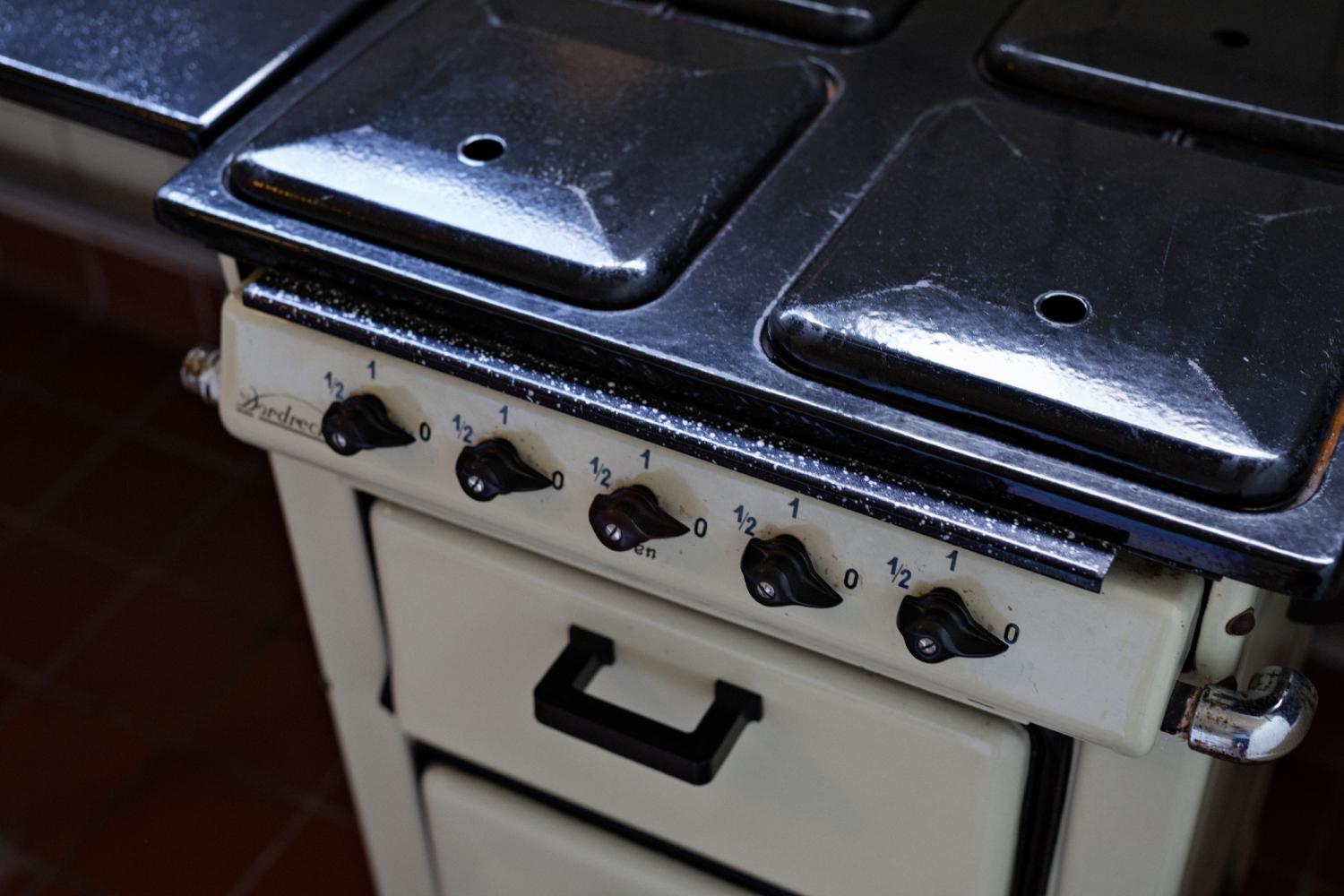