The Sonneveld family took advice on the furnishing of the house from W.H. Gispen (1890-1981). The majority of the furniture in the house was designed and manufactured by Gispen’s company, but not everything. In the early 1930s Gispen’s range was small and mainly focussed on office furniture; he did not introduce garden furniture until 1933.

Photographs from the 1930s show several tubular steel and rattan chairs on the terrace. They were probably designed by the German designer Erich Dieckmann (1896-1944) and supplied by Metz & Co., a furniture shop that specialised in modernist furniture.

Alongside Marcel Breuer, Erich Dieckmann is considered one of the most important furniture designers at the Bauhaus in Weimar. Like Breuer, he experimented extensively with tubular steel, but he is best known for his standardised wood furniture with clear, minimalist forms arranged in a modular system. From the late 1920s he also designed cane furniture for gardens and balconies.

Dieckmann exploited the flexibility of cane to make a stable construction with the fewest possible components. The wickerwork seat and backrest are attached by winding the rattan as few times as possible around the frame, leaving the frame visible. The chair that is now in the living room was purchased several years ago from a gallery in Germany. It is not certain that it is the same model that the family owned. Photographs show that the family had a variety of chairs of this kind, some of which are remarkably similar to a garden chair design by Marcel Breuer for Thonet.

In the Netherlands a comparable role in the design of cane furniture was played by Ida Falkenberg-Liefrinck (1901-2006), a designer associated with the circles around the magazine De 8 en Opbouw, the mouthpiece of Dutch Functionalism. From 1933 she designed cane and rattan furniture as a more affordable alternative to relatively costly tubular-steel furniture. 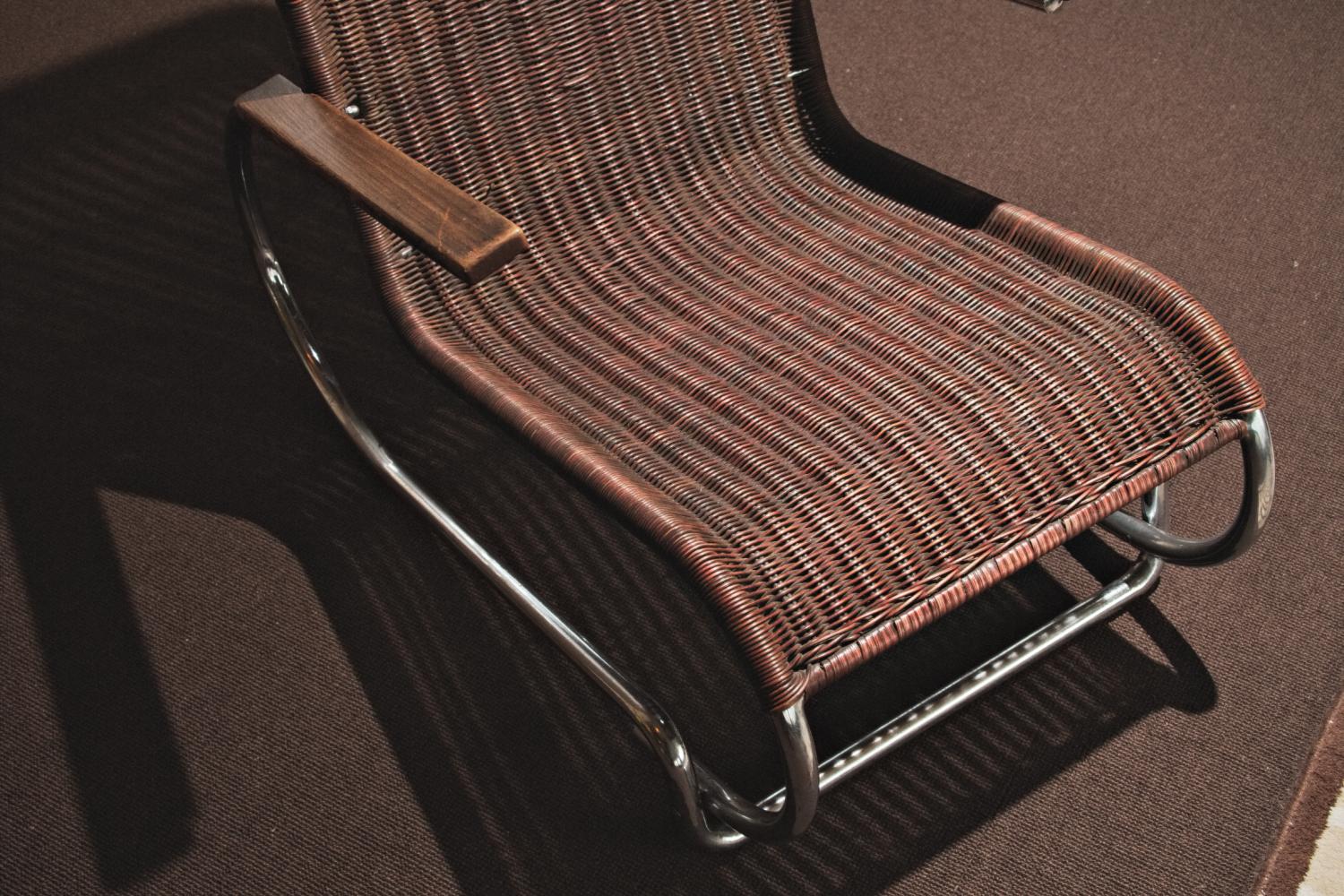