The daughters Puck and Gé shared a bathroom, located between their two bedrooms. The turquoise wall tiles in the girls’ bathroom are also to be found in the Van Nelle factory, of which their father was a director. It is possible that leftover tiles were used for the bathroom, but it is more likely that Albertus Sonneveld liked this colour so much that he wanted to have it in his own house too. The same tiles also feature generously in his own bathroom on the next floor up. The floor tiles are conspicuous for their convex and concave profiles: this style was already rather old-fashioned in the 1930s. 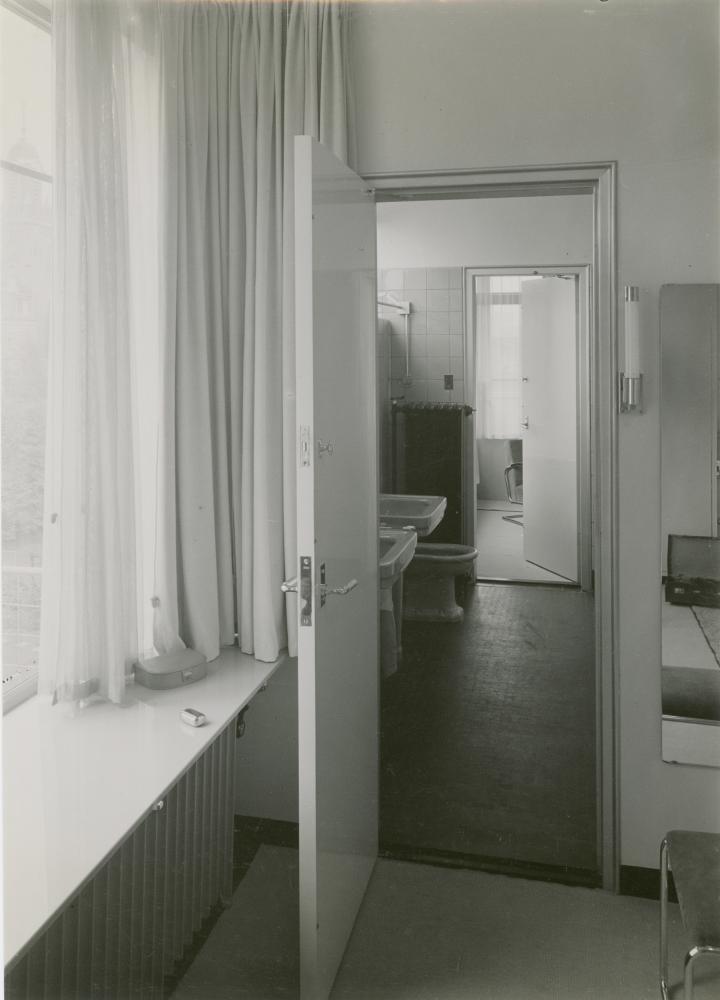