Het Nieuwe Instituut has purchased two tubular-steel armchairs and a glass coffee table designed by Willem Hendrik Gispen, which originally furnished the living room of Sonneveld House. The pieces are unique and were made in 1932 specially for the Sonneveld family. The items are on display in Sonneveld House from 10 September 2016.

Addition to the historical furniture collection
The armchairs are Gispen numbers 7C (men’s model) and 7C small (lady’s model) with Bakelite armrests and beige fabric upholstery. The chairs are an important addition to the historical collection of furniture contained in the house, which was given on long-term loan by the family’s heirs in 2001 when the house was restored to its original state. At that time, replicas of these pieces were made, which have now been replaced by the originals, following careful restoration and re-upholstery.

One-off pieces
When Gispen issued its catalogue number 52 in 1933, a year after the completion of the house in 1933, the chairs were included, but not the coffee table, which appears to be a unique piece. There are a few striking differences in the frames of the chairs published in the catalogue that distinguish the standard production models from the chairs made specially for Sonneveld House. It is because of these differences and the specially made coffee table that we can be certain that the recently acquired pieces are the authentic items from the living room of Sonneveld House. The furniture has also been inspected by the Sonnevelds’ grandson, Leonard Kooy, who remembered several of the chairs’ unique details.

Armrests
Design aficionados will recognise the differences immediately: the proportions are different and the 80-year-old originals have another character to the replicas. The most sublime difference is a detail in the armrests. The unique chairs feature a narrowing of the steel tube behind the Bakelite armrest. The later, standard-issue chair from the catalogue has a more fluid transition between the thick and thin tubes, which is less visible because it is not behind but under the armrest.

Archival research
In order to establish the authenticity of the furniture, research was carried out in the archives of Brinkman & Van der Vlugt, Stichting Behoud Interieur Huis Sonneveld and Gispen, all three of which are housed in Het Nieuwe Intituut. The house was photographed by Rotterdam-based photographers Jan Kamman and Piet Zwart immediately upon completion and the original chairs are featured in several interior shots.

Gispen Specials
One of the two chairs is included in the exhibition Gispen Specials – The Customer is Always Right at Museum Boijmans van Beuningen from 10 September 2016 to 26 February 2017. This exhibition celebrating Gispen’s centenary features one-off and limited edition designs.

The armchairs and table were purchased from Galerie Van den Bruinhorst in Kampen with financial assistance from the Bankgiro Lottery. 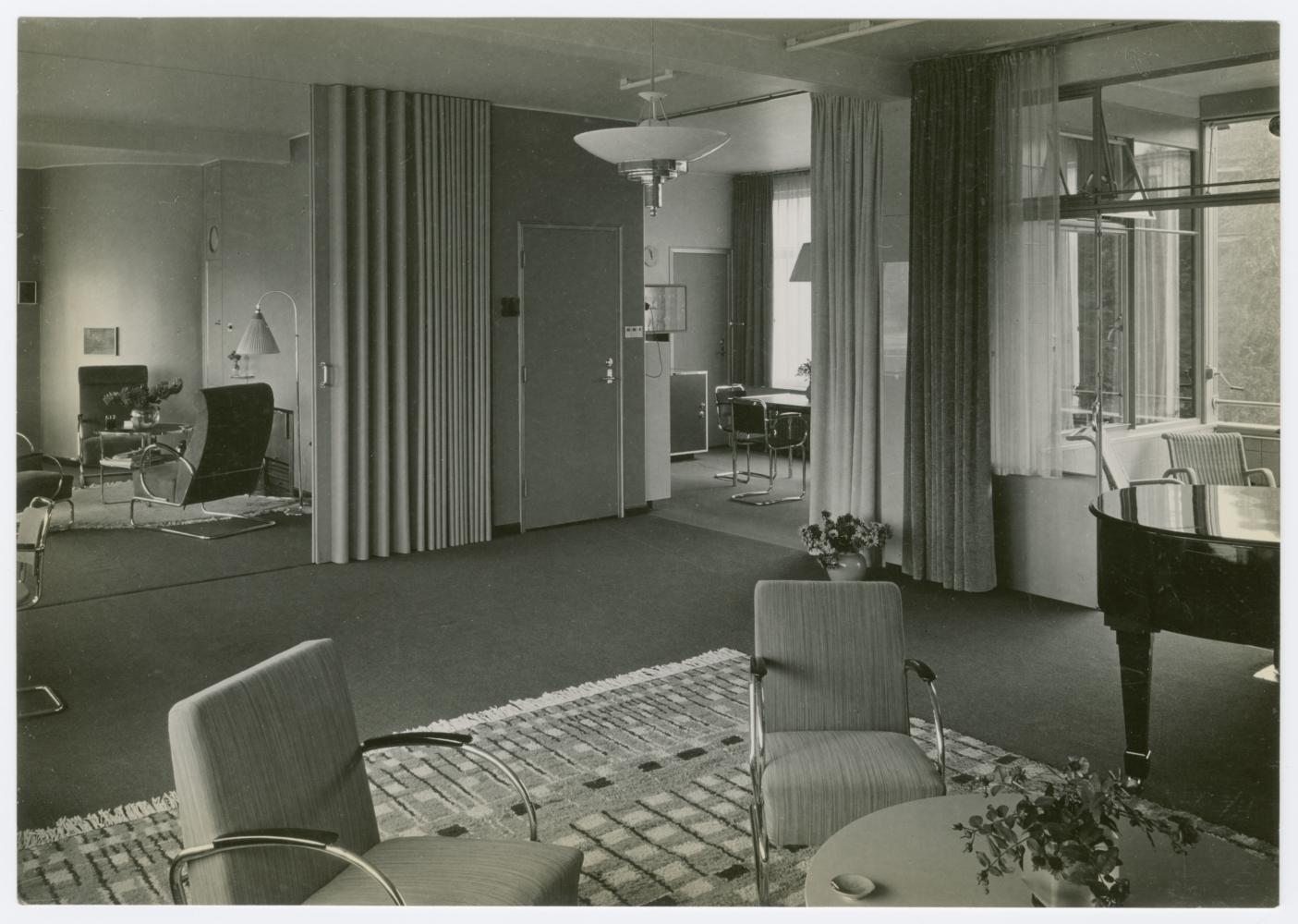