The Sonneveld family’s glass service dates from 1917. It is one of the first that architect K.P.C. de Bazel (1869-1923) designed for Glasfabriek Leerdam. The factory’s director, P.M. Cochius, was dissatisfied with the pressed glass the company was producing at the time and asked de Bazel to produce a good, modern design. Before he finally succeeded in producing a truly modern pressed glass service in 1920, de Bazel designed no fewer than eight glass services, each simply named after a letter, A to H.

The service was praised as one of the few products with a successful modern design at the first Jaarbeurs (Annual Fair) in Utrecht in 1917. But there was also criticism of the glasses’ functionality: they were too angular and therefore difficult to pour into and drink from. De Bazel took the criticism seriously and wanted to take the service, or parts of it, off the market. However, despite the criticism, the service sold so well that it remained on the market until the 1940s. At the end of the 1930s Leerdam even added a few pieces to service, probably designed by Andries Copier.

Entry on K.P.C. de Bazel in the Biographical Dictionary of the Netherlands.

K.P.C. de Bazel: Designer to the Elite, exhibition at the Gemeentemuseum, The Hague, 2006 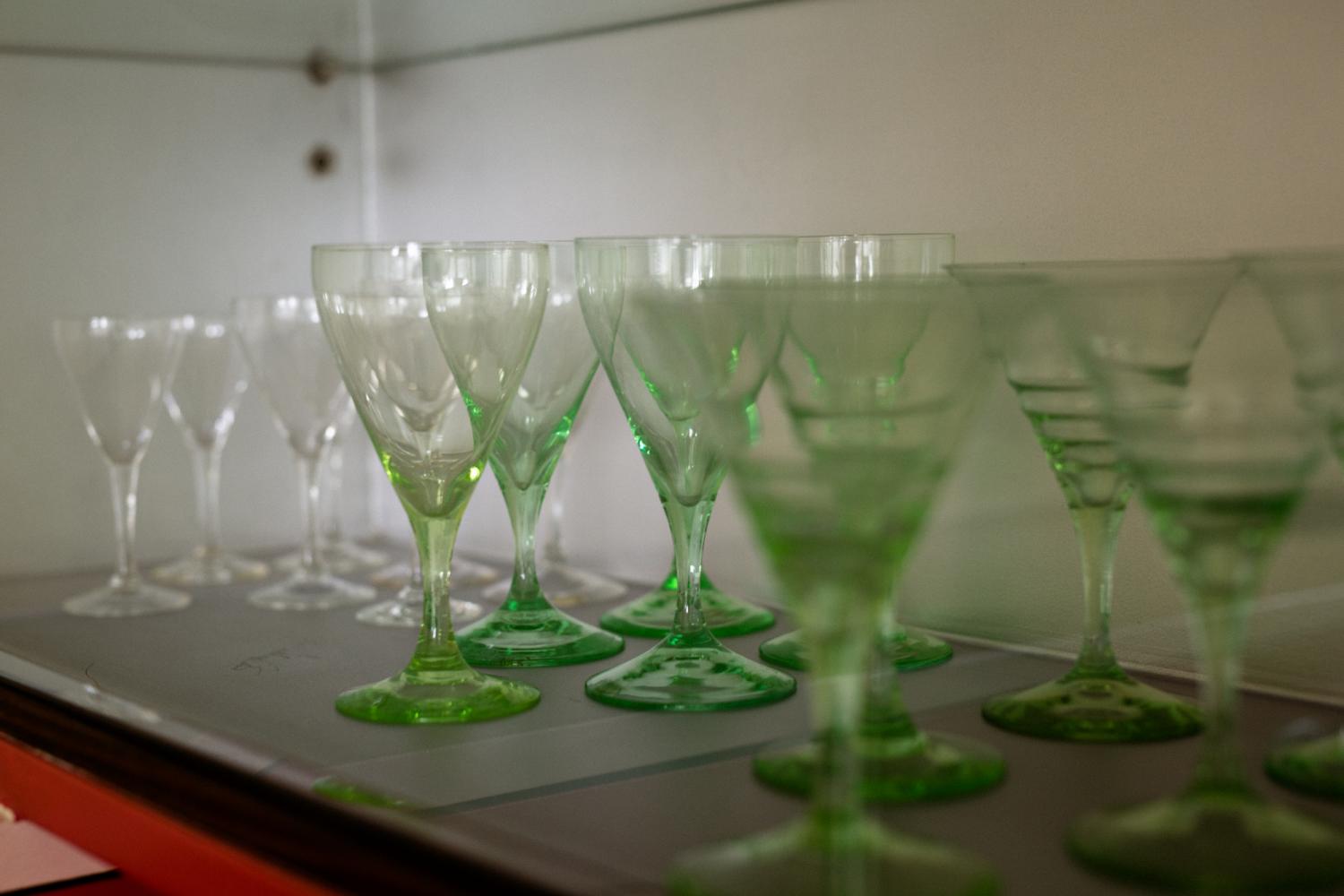