The golden-yellow vase on the table in Mr and Mrs Sonneveld’s bedroom is small but very special. In 2005 Lennard Booy devoted an episode of the Avro programme Kunstpanorama to this vase, which was available only in 1933 and 1934. It was designed by Andries Copier for Leerdam in 1932, shortly before the completion of Sonneveld House. In stylistic terms, it forms a transition between the geometric vases from the period 1928-1930, such as the spherical, cube-shaped, bell-jar-shaped and cylindrical vases, and the cut-glass vases that Copier designed from the mid-1930s.

At the beginning of the 1930s Copier experimented with facetted cut glass. The form of the vase is borrowed from the so-called ‘Bell-Jar’ vase, a model from the geometric series with a faceted foot. The vase was produced in a golden yellow glass, a new colour at the time. Leerdam periodically released parts of its collection in new fashionable colours: aquamarine in 1927, orange in 1927-28, violet-grey in 1929 and golden yellow in 1933. New colours were marketed through beautifully designed sales brochures and advertising campaigns.

A Simple Idea: In Search of a Vase, episode of Avro’s programme Kunstpanorama about the KO 1504 vase by Andries Copier. 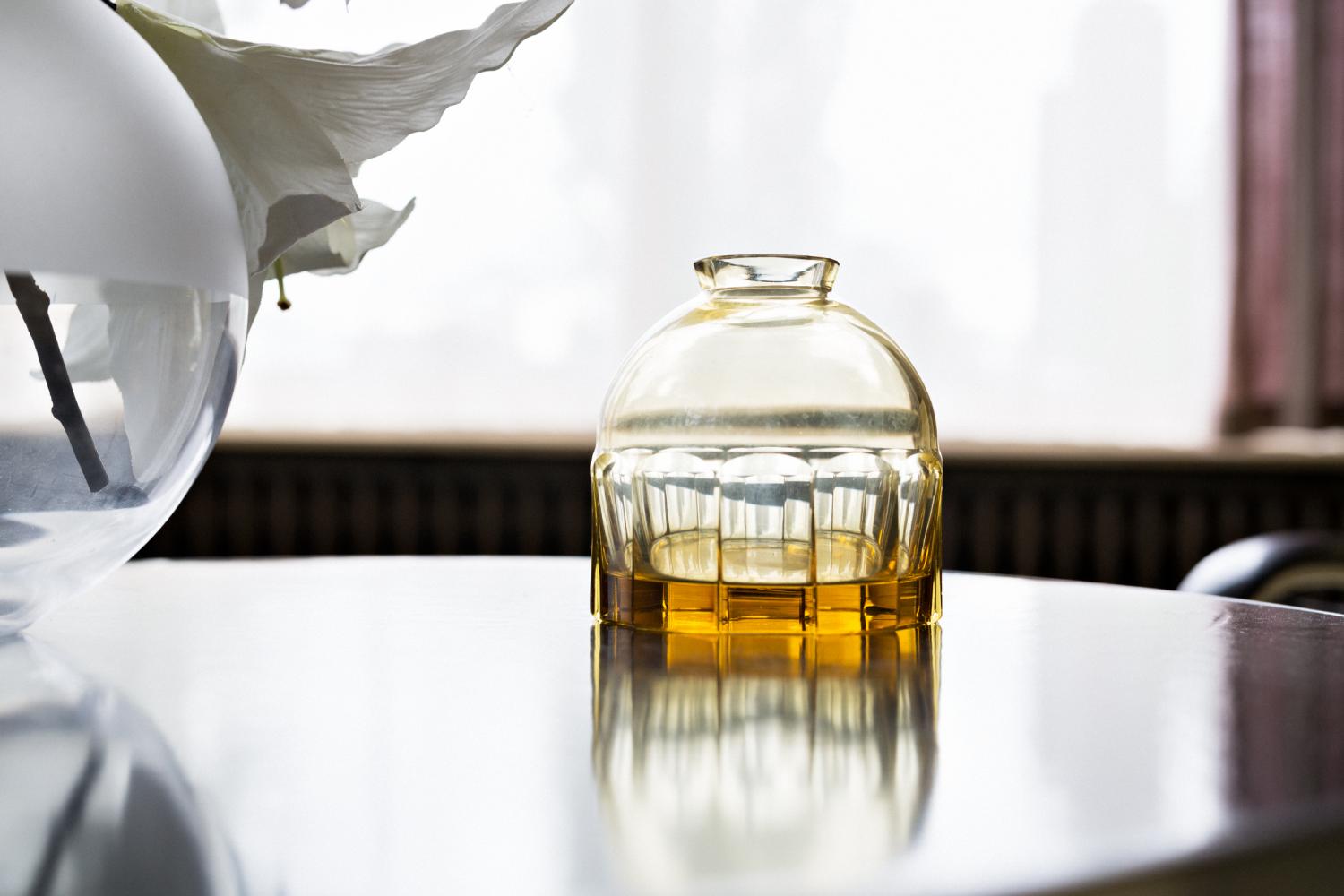